4 Steps to Disabling Siri in iOS

There’s no doubt that Siri has some useful commands as well as an excellent sense of humor. However, there are a number of iPhone, iPod Touch and iPad users that would want to disable this feature.

If you intend to, then remember that you will not be able to access this assistant anywhere else in iOS. This means that you will lose related features on iPhone, iPad as well the Apple Watch. Before we begin, you must know that the process of turning Siri off is the same for all devices and OS versions. 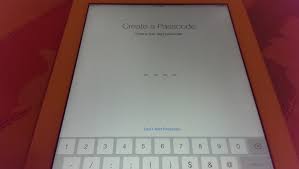 Here’s how you turn off Siri in iOS:

1: Open the Settings app located in iOS and go to ‘General’.

2: Now, tap on Siri and toggle the switch right next to Siri to the OFF position. This is located close to the top of the screen.

3: Finally, confirm that you want to turn off Siri by tapping ‘Turn Off Siri’.

4: Exit out of Settings as you normally would. You’re done.

Once you do this, you’ll also get a notification that will say that Dictation data will continue to remain on Apple servers. This is due to the fact that the iPhone processes much of the voice recognition on remote Apple servers.

Of course, you can disable Dictation too but that’s really your choice. This is because the Dictation feature allows you to speak into your iPhone and convert voice to text. This feature can be more useful than you can imagine.

Since disabling Siri is a bit dramatic, it’s advisable that you consider other options first and that are far more appropriate to what is causing you to take this action in the first place.

Previous:Finding the Best Computer Rental in Santa Ana
Next: 3 Ways to Fix an iOS App That Have Crashed