One of the best things about the recent generations of iPhones has been the introduction of Touch ID. The fact that you no longer need a passcode and can just unlock the phone with a touch makes life much easier. In addition, the Touch ID sensor in the latest 6S has made that process even faster.

Many Mac users have wondered how long it would take before the Mac gets Touch ID. It would make  logging into a Mac so much easier, whilst maintaining the security of a complex password. It appears now that Apple’s solution to that problem might be different:

“Apple engineers are designing an auto unlock function that would allow an iPhone to unlock a Mac when in close proximity, alleviating the need to enter a password on a password-protected Mac.

The feature, which uses Bluetooth LE frameworks, will presumably work similarly to the automatic unlocking function on the Apple Watch, which allows an unlocked iPhone to bypass the passcode restriction on a connected Apple Watch. In this scenario, an iPhone’s Touch ID 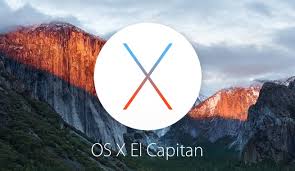 button would likely be used as a verification method for simpler logins.

It’s also possible that a connection with an Apple Watch could be used to unlock the Mac even when an iPhone isn’t present, making the process even simpler.”

If implemented, this could be another defining feature of the Apple hardware ecosystem that other manufacturers will find difficult to emulate.