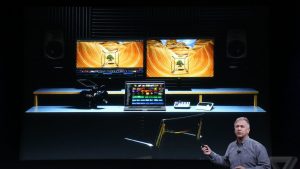 Last summer, Apple discontinued its own Thunderbolt display after a five-year run. Rather than build a new display, during the launch of the new line of MacBook Pro, Apple recommended that users buy the  LG UltraFine 5K Display. The issue for most Apple customers was the lack of the Apple aesthetic, even though the display itself matches the Retina spec and uses the Thunderbolt 3 port.

Recently, users discovered that the LG UltraFine 5K Display has a critical issue that does not affect other external monitors. The monitor can become unusable when located within 2 meters of a router. The display begins to flicker when a router is within that range. Interestingly the display manual mentions in the warning section to install UltraFine 5K Display “where no Electromagnetic Interference occurs”.

Initially, the response from LG was to move the router 2 meters away from the display. For many who have the router in the same space as the computer, this was a massive inconvenience. However, in a new release LG announced that they will address the issue by installing additional shielding:

“Customers continuing to experience issues with their UltraFine displays are advised to contact their nearest LG customer center for prompt service. LG apologizes for this inconvenience and is committed to delivering the best quality products possible so all LG UltraFine 27-inch 5K displays manufactured after February 2017 will be fitted with enhanced shielding.”

Assuming that the issue has been fixed, any new purchases should be with the additional shielding installed.  The UltraFine 5K Display is still on sale on the Apple website at a 25% discount. The sale was extended to the 31st of March due to the initial lack of availability, although the interference issues might have played a part in the extension.