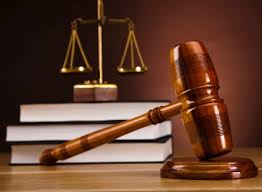 While the Apple vs FBI debate rages on, Apple won a significant victory in a separate case in New York. The case in question is related to drug trafficking. The judge ruled that the government cannot force Apple to unlock the phone using the All Writs act. The same act which the FBI is using to ask Apple to write custom software to help unlock the San Bernadino shooters iPhone.

From the Wall Street Journal:

“The judge, James Ornstein, says in his ruling that the government has failed to provide any reasoning that the All Writs Act gives it the ability to force Apple to create a tool to obtain data from a locked iPhone. In this specific case, the iPhone in question belonged to a meth dealer”

“I conclude that under the circumstances of this case, the government has failed to establish either that the AWA permits the relief it seeks or that, even if such an order is authorized, the discretionary factors I must consider weigh in favor of granting the motion.

After reviewing the facts in the record and the parties’ arguments, I conclude that none of those factors justifies imposing on Apple the obligation to assist the government’s investigation against its will.”

Furthermore, the judge noted that how the government is interpreting the All Writs Act is so far-reaching “as to cast doubt on its constitutionality if adopted.”

“It would betray our constitutional heritage and our people’s claim to democratic governance for a judge to pretend that our Founders already had that debate, and ended it, in 1789,’’ Judge Orenstein wrote.

This ruling could give Apple the upper hand in its response to the case with the FBI.

Previous:What is Error 53
Next: Getting your app approved by Apple