3 Ways to Fix an iOS App That Have Crashed 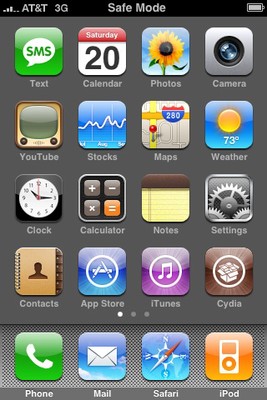 For the most part iPad and iPhone apps are stable. But every once in awhile, you’ll come across an application that crashes. In other words, this means the app will quit itself almost immediately.

Now there are a few instances when the app can crash: this could be when you are opening it, during its launch and even if you’re trying to perform a particular action.

Here are 3 ways to fix an app that has crashed:

Before you go about doing anything, ensure that you first reboot the iPhone or iPad or even the iPod Touch. In fact, this works so well that it is simply the first thing that you must try before doing anything else.

For this, hold down the Home and Power buttons until you see the Apple logo. Now, let it boot up and you can start the app again.

2: Relaunch the App after Quitting

Another simple way is to quit the app and re-launch. This also seems to work since it clears the app from memory. Now, boot the app once again and you should find that it works. Now for this, double-click the Home button so as to bring up the multitasking screen. Now, swipe up on the app you wish to quit. Now, hit the Home button on the Home screen and tap on the app icon to open it once more.

3: Reinstall After Deleting The App

Deleting the app is no different from uninstalling the app. For starters, find the app with issues on the Home screen while tapping and holding down the icon. Now, tap on the (X) icon when it appears and confirm that you want to delete the app. Open the App Store and find the same app. Download and reinstall it as well.